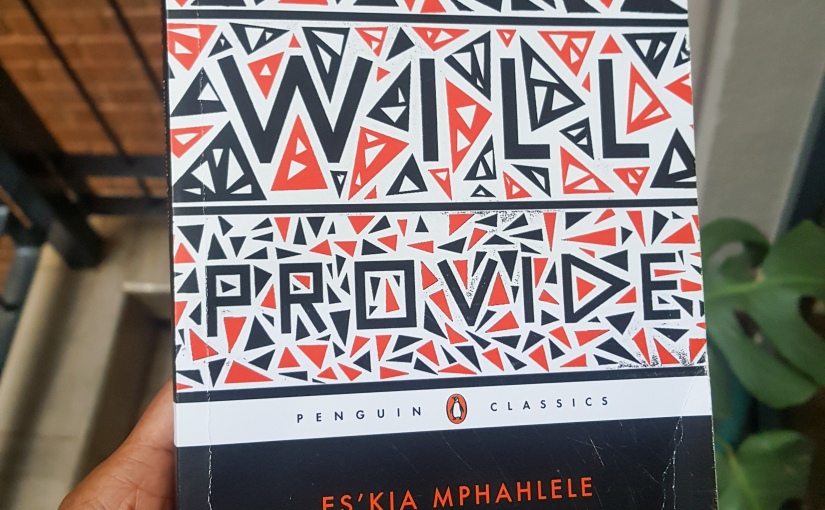 I’ve been wanting to read this book for years, as Es’kia Mphahlele is well known as one of the most prolific figures in African writing and this particular title is a highly recommend classic. I finally got my hands on a copy and as a South African, knew from the beginning that I would enjoy this praised autobiography. The book made me long for a reread of Mark Mathabane’s Kaffir Boy. Although the two books are twenty-seven publication years apart, each is a story about growing up in South Africa during the apartheid regime.

Mphahlele and his siblings are taken to the country at the age of five to go live with their paternal grandmother. (Remember Maya and her brother off to Stamps?) Later on his mother fetches them and they end up in Second Avenue, Marabastad in Pretoria.

The life in Maupaneng village is filled with stories of walking seven miles to school, bare-fist river fights, livestock, hare-hunting, story-telling at the communal fire, and the white sands of Leshoana River. In Marabastad they were in the slums. The people who had left the village for work in the city had described it as a glamorous place but where they lived was place far from glamorous, where there were long queues at the communal tap, thick smoke clouds from coal braziers in the yards, dirty yards, one room for a large family to sleep in, leaking iron roofs, and many other grim living conditions.

The marrow of the story, however, is the hideous face of apartheid and the lives of black people during that time through his lens, as a boy, throughout his growing up and as a man. The many characters in the book each give a picture of the various struggles of black people during those times, the violence, and the poverty, the hard work that didn’t have much reward, the sacrifices and most of all the fear of the white man. Mphahlele details his fears, his anxieties, and anger towards the system and the way white people had set it for their sole benefit.

There are children rummaging backyards for food, police officers who didn’t think twice when it came to violence towards young and old, the mothers who worked so hard washing clothes for white people and looking after their needs to make little money that went into the education of their children, and the hierarchy of who was better off than the other amongst blacks, Chinese, Coloureds and Indians, all under the whites. He also takes us through his literary journey and activism.

As a black South African, I was frustrated because of the familiarity of the events he shares, but I couldn’t stop reading it because even through the horrors and setbacks there is something encouraging about the way he kept on going. And it’s not just him but how Blacks at the time fought through those hard times, and still are.

This site uses Akismet to reduce spam. Learn how your comment data is processed.