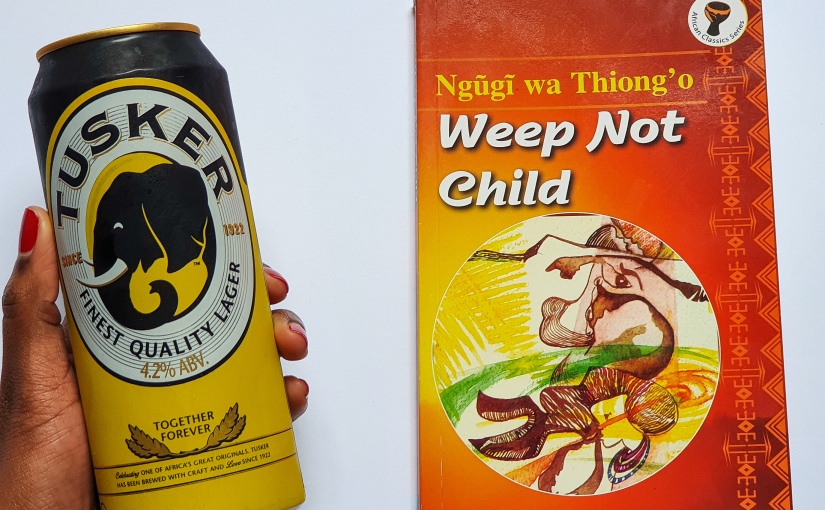 Njoroge is to begin school, something he has been longing to hear from his mother. The revelation gives him hope. The future promises to be bright, as the only one out of all the children he will be the one to use that tool to change their lives. Such a weighty responsibility on the shoulders of a child but he carries it well.

This is a time when boys and men had gone with the British to war against Hitler. Some of them died in the war, including one of Njoroge’s brothers, and some returned home changed. Ngotho, his father, has two wives, the youngest being his mother. Njoroge has always wanted to go to school like Jacobo’s children, and when he’s done maybe he’ll go overseas like one of them did. Jacobo is a rich man who owns the land that Ngotho lives on.

Ngotho works for Mr Howland, who owns the land that belongs to his ancestors. It is for this reason that he toils it with more than just drudgery. This is his way of holding on to his ancestors’ land and looking after it.

For Njoroge, learning will be his salvation. In a time when so much has been lost and each day is a struggle, education promises to be his key to changing his whole family’s situation. He progresses well, through a failed strike that changes his father and therefore his family. When Jacobo is killed, the family is dragged into chaos so abysmal and shattering that every bit of hope he had held on to is lost.

You cannot not weep when reading Weep Not Child. It’s so tense and so raw. Ngũgĩ wa Thiong’o wrote a mirror of Kenya at the time – the Mau Mau, the arrest of Jomo Kenyatta, the State of Emergency and all the crippling injustices that Kenyan people were subjected to.

There is so much pain in this book, you can feel it. There is a reason Baba Ngũgĩ is respected in the literary sphere, not just in Africa but all over the world. He handles a story that is so big and so deep in an exquisite manner. It’s also short and written in a style that is undemanding to the reader, making it enjoyable and easy to absorb.

If you enjoy African fiction that serves as a lens into Africa’s history and the richness of its people and ways, you’ll enjoy Weep Not Child.

This site uses Akismet to reduce spam. Learn how your comment data is processed.